Vietnamese
Get up to 28.4% more AXN by buying from our Accelerator.

You’re here because you’ve either gotten a request to cover Axion or you’ve been invited to Axion’s Verified Partner network - or both! We’re here because we have an entirely new staking crypto that’s making waves with its powerful utility and dedicated community.

This page is a comprehensive overview as well repository of resources for you to understand why Axion truly is a #betterwaytocrypto, and how you can communicate this to your growing audience.

Axion is, first and foremost, a new staking crypto running on the Ethereum network. You buy AXN, stake it for a set term, and receive shares.
At the end of your term, you withdraw your shares + interest and dividends which turn back into AXN.
Stakes also earn Bitcoin, which is instantly withdrawable at any time. Simple.

Think of Axion as a crypto-equivalent to a CD (Certificate of Deposit) account at a traditional bank.

Where Axion is different?

Thanks to Axion’s innovative Auction System, the benefits of staking truly come to life:

So what does this mean?

Axion is, first and foremost, a new staking crypto running on the Ethereum network. You buy AXN, stake it for a set term, and receive shares. At the end of your term, you withdraw your shares + interest and dividends which turn back into AXN. Simple.

So… what would you like to know more about?

Axion is a new ethical staking crypto that offers 15x the national average APY and bitcoin dividends, distributed automatically, every day. With APY starting at 8% and 4 payouts per week in liquid bitcoin divs, you can generate passive spendable income with your investment, no minimum term length or amount required.

Axion is community-powered, with all stakers holding Axion for over a year able to vote on policy and token changes through its unique DAO system (Decentralized Autonomous Organization). When you bid into Axion’s daily auctions, you can get a 10% bonus over buying off Uniswap.

And with curated token launches, airdrops, and presales, Axion Launch is bringing even more benefits to its staking community by bringing new audiences to Axion, and our dedicated long-term staking community to new tokens. Axion is setting crypto-firsts, so get started on your Axion journey today by visiting https://axion.network

Axion, a new staking crypto running on the Ethereum network, allows investors to stake Axion and earn market-beating returns and 4x weekly Bitcoin dividends. All of this is possible through its innovative Auction system.

Although the word auction may sound like something that you would expect to find at a bidding site, the Auctions are merely the way that Axion maintains and grows its ecosystem. When an investor bids into the Auction at https://stake.axion.network/auction, they are able to acquire AXN at a discounted rate when compared to buying at the market rate (via Uniswap).

Currently, when you buy in the Auction you get 10% more AXN, and during special events, these bonuses can increase significantly. Depending on the auction, either 80% or 85% of the proceeds of the auction go to paying Axion shareholders in AXN or wBTC, respectively.

This is what provides growth for all shareholders. Shares are the foundation of Axion’s ecosystem; it’s what enables you to receive Bitcoin dividends, gives you voting power in Axion’s DAO, lets you participate in curated token launches through Axion Launch, and increases your stake’s APY. The longer your investment, the greater the number of shares you will receive.

Simply put, Longer Pays Better. Investors can go to https://calc.axion.network to calculate the potential growth based on their investment, then enter the Auctions to get an extra bonus in AXN! So buy Axion at a discount, stake it, and then relax and enjoy the dividends from your investment.

For more information about Axion’s Auction System, visit our support base here:
https://support.axion.network/en/articles/5031692-what-are-the-auctions

Axion is a groundbreaking new cryptocurrency that offers some incredible benefits to investors. One of Axion’s key utilities is the ability for an investor to earn passive income from their investment without touching the initial amount itself.

Through Axion’s innovative auction system, four times a week liquid Bitcoin in the form of wBTC is distributed from its auction systems to all Axion shareholders. These dividends are completely liquid, allowing shareholders to withdraw their bonuses anytime they want and spend them in any way they want, including sending to a cryptocurrency exchange and withdrawing for Fiat currencies.

This also allows investors to DCA (dollar-cost-average) into Bitcoin, automatically taking advantage of dips in the market without having to time their purchase. The initial investment will grow at a minimum 8% APY without having to cut into the principal itself, giving the benefits of both long-term growth and liquid, spendable benefits. All wrapped into one, all automatically. And the best part is, unlike many other yield-farming systems, you don’t have to have a minimum amount or term to participate!

Imagine if thousands of dedicated crypto investors could get in right at the ground floor of exciting new cryptocurrencies, bringing a mutual benefit to both the investors and new cryptos alike! This is Axion Launch. Axion Launch is a new initiative that pairs Axion’s unique ecosystem of long-term stakers with new tokens grounded in ethical finance.

With Axion Launch, Axion’s Max Stake investors get to enjoy the exclusive benefits of curated launches perfect for our long-term staking community. This is Axion's way of giving back to the investors who have committed to Axion for the next 15 years.

Axion Launch also brings significant benefits to new or existing tokens by bringing in a dedicated group of investors who believe in the long-term value of cryptocurrency - committed enough to stake an investment for 15 years! Axion's community of stable, long-term investors is hugely valuable to new or existing tokens, as it brings with it a different mindset than a typical day trading investor.

Axion's Max Shares stakers will be generally more inclined to hold new tokens for long-term growth, which benefits the new launch tokens with a more solid foundation of wallet holders. Axion Launches include exclusive airdrops, presales, IDOs and IEOs and more, all with curated and vetted launch partners. For more information, and a list of Axion’s past and current Launches, visit: https://axion.network/axion-launch

Axion centers itself around Ethical Finance. But what is considered ethical, especially in the crypto world? The common sentiment behind savvy crypto investors is to ‘ape or get aped’, to be the first in and the first out in order to make a quick profit. While this may be lucrative for some, investors who come in at the tail end of these market swings are the ones who lose out, letting their money be the funding that gets expended by earlier, luckier traders.

In the crypto developer world, ‘scamcoins’ abound, where exploitative programming allows for developers to quite literally steal money from investors by preventing anyone from selling tokens once they’ve bought them, or waiting for a large enough group of investors to then ‘rugpull’ the token by removing liquidity.

While other tokens obfuscate their development and code, preventing people from being able to understand the true flow of their investment, letting the founding members gain the most from built-in transaction fees and more. Axion has, from its very inception, pledged to be ethical, transparent, and community-driven in everything it does.

Despite a significant hack that drained the token at launch, the Axion Foundation still acted honorably to all its initial investors, and has continued to do right by its community ever since. Working to build an Ethical Finance Ecosystem is a much harder road to take, but the Axion development team believes it can lead the way for other cryptocurrencies to follow in its footsteps.

From a transparent accounting to quarterly budgetary recaps, a visible Github repository and token benefits that work the same for all investors, Axion has proven itself time and again to promote a fair, honest and transparent token economy to its userbase.

Axion dedicates itself to being a place for all investors, new and old, to enjoy the benefits of the Axion ecosystem. Part of this dedication is to have a smooth onboarding process for new investors.

Axion has developed an extensive Knowledge Base featuring articles about all areas of Axion and cryptocurrencies in general, including an extensive glossary of common crypto words and phrases.

Even better, Axion offers 24/7 dedicated support on its website through the integrated support system. Axion’s support team can walk new investors through the entire process, answering questions in real-time through a popup chat window, even providing links to relevant Knowledge Base articles without having to leave the site!

Instead of leaving our community to fend for themselves, Axion is there to support everyone at every step of the way. With the upcoming Axion v3, Axion has a solution for investors who have had their wallets hacked, allowing staked Axion to be transferred to a new wallet address after verification.

This level of support is core to Axion’s foundation as a token by the community, for the community, and another way that Axion stands apart from the rest.

Do you love Axion? Do you want to be a part of a growing network of influencers who are promoting Axion on their channels? Join the Axion Verified Partner Network (AVP) and earn passive income on your referral links!

With AVP, you’ll get a unique referral ID and landing page created specifically for you. You can direct users to this page, such as axion.network/yourchannelname, where they will then be able to enter into the auction using your referral code. You’ll get a bonus for every bid your community makes!

Then, with your own custom page and login, you’ll be able to track how many users have entered into the auction system with your bonus referral link, and be able to see the amount of AXN that is autostaked in to your Ethereum wallet, including any bitcoin dividends that are paid out on your behalf! It’s a great way to earn passive income through the Axion ecosystem.

Want to grow even more? With AVP+, part of Axion’s monthly marketing budget can go towards supporting your channel through paid support. We’ll work with you to ensure that the Axion logo and branding is included in regular intervals in your content, such as a “sponsored by” tag with relevant videos. You’ll still get your own referral links and bonuses just like with AVP, with the added benefit of regular funding to support your content creation! We work with each influencer to create an AVP+ deal that works for you, assuming we’re a good fit for your channel and vice-versa.

The AVP program is great for exclusives, as we release confidential information, development news, and headlining events to our AVPs first, perfect for fueling new views to your channel.

Interested? Apply to be an Axion Verified Partner today! 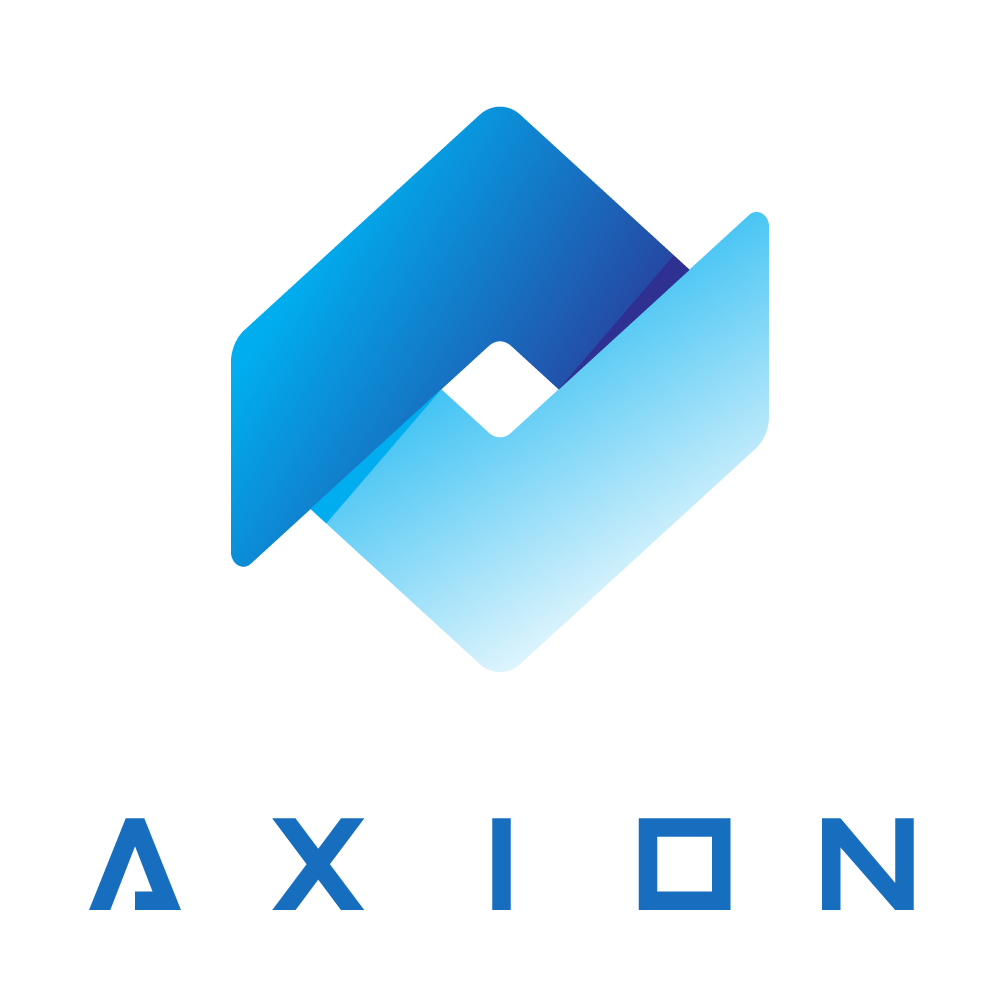 With Axion Launch, Max Stakers get to enjoy the exclusive benefits of curated airdrops and initial token offerings, perfect for our community.

Your investments are safe and secure with our verified and independently-audited smart contracts on the Ethereum blockchain.