WARP isn’t just another OHM clone. It takes all the best elements of Olympus Dao and merges it with a vibrant NFT ecosystem plus the gamification and metaverse game theory that the crypto world craves. Featuring starships designed by a Hollywood VFX artist, improvements to the OHM ecosystem from the same team that built Axion, and an entirely fair launch with no presales or influencer-distributed tokens…

WARP isn’t just heading to the moon, but to another fucking galaxy.

Here's what sets WARP apart from other OHM projects:

Built NFT starships through bonding
Create Bonds. Build a Treasury. Earn NFT starship parts. With every $250 bond or more, a single starship part is granted - a hull, bridge, engine, and fuel cells. Combine one of each type to make a Starship capable of FTL travel. Completed Starships and Starship Parts can be bought and sold on OpenSea.

Travel between multiple staking pools
With a starship, WARP Captains can travel between different solar systems, representing entirely new staking pools. With the discovery of each new planet, a "gold rush" ensues, with the first Captains to reach a new planet and stake their WARP yielding the highest returns!

OHM Contract Improvements
WARP includes more efficient bond algorithms, code optimizations, NFT bonds, and, most importantly, a dynamic bond discount system that monitors the price of WARP and ensures that bonds do not become so heavily discounted that over-minting will occur.

Powered by Polygon
As an official partner of Polygon and the full support of the network and its community, WARP is set to become the most exciting OHM fork on the blockchain! 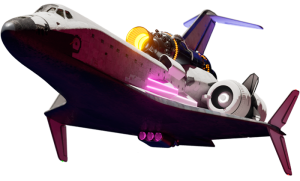 Exclusive to the Axion community is the chance to buy a NFT Starship Part at over half-off launch value!

The Starships of WARP 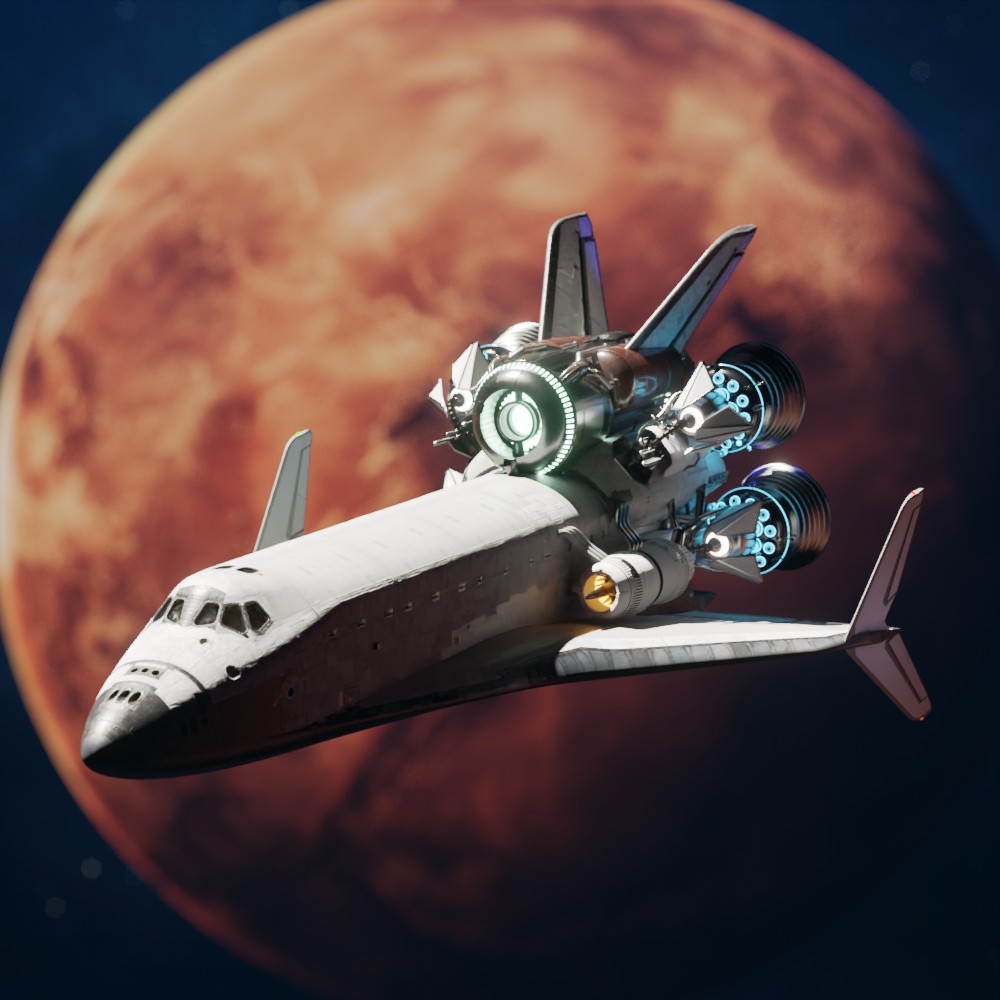 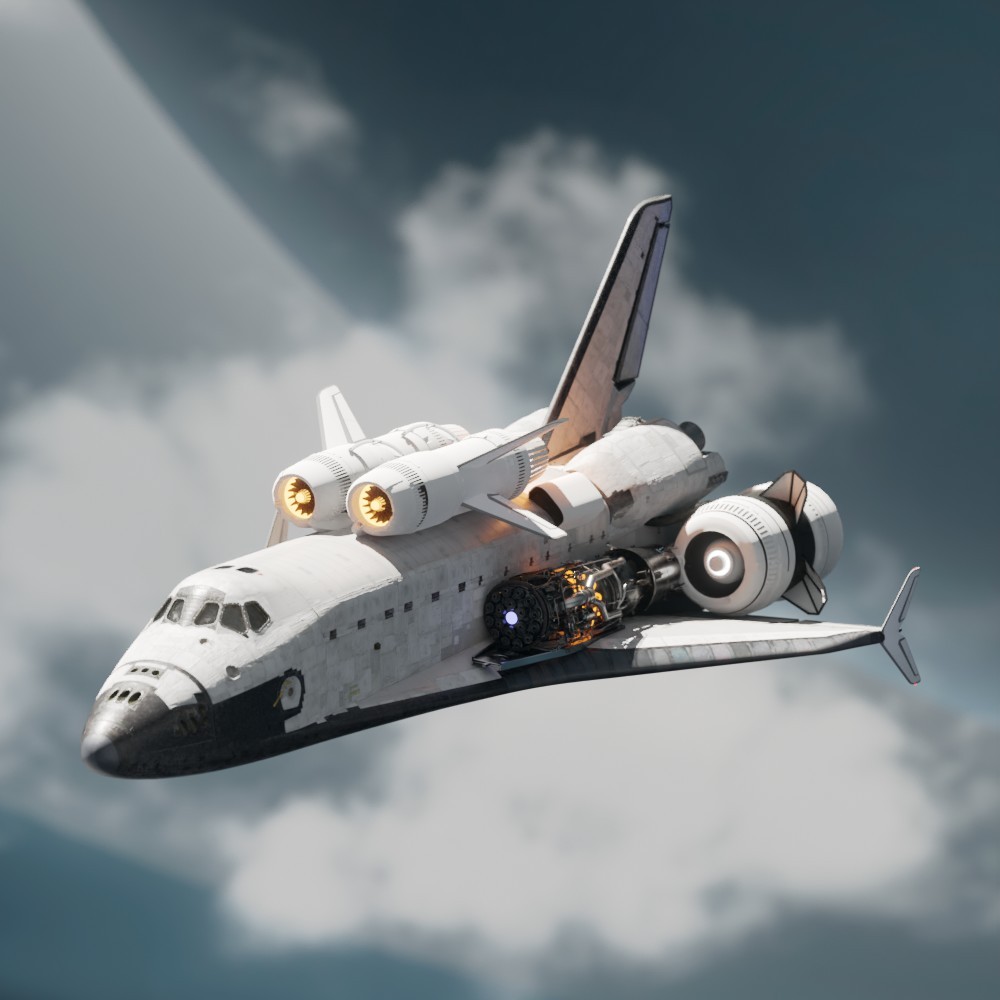 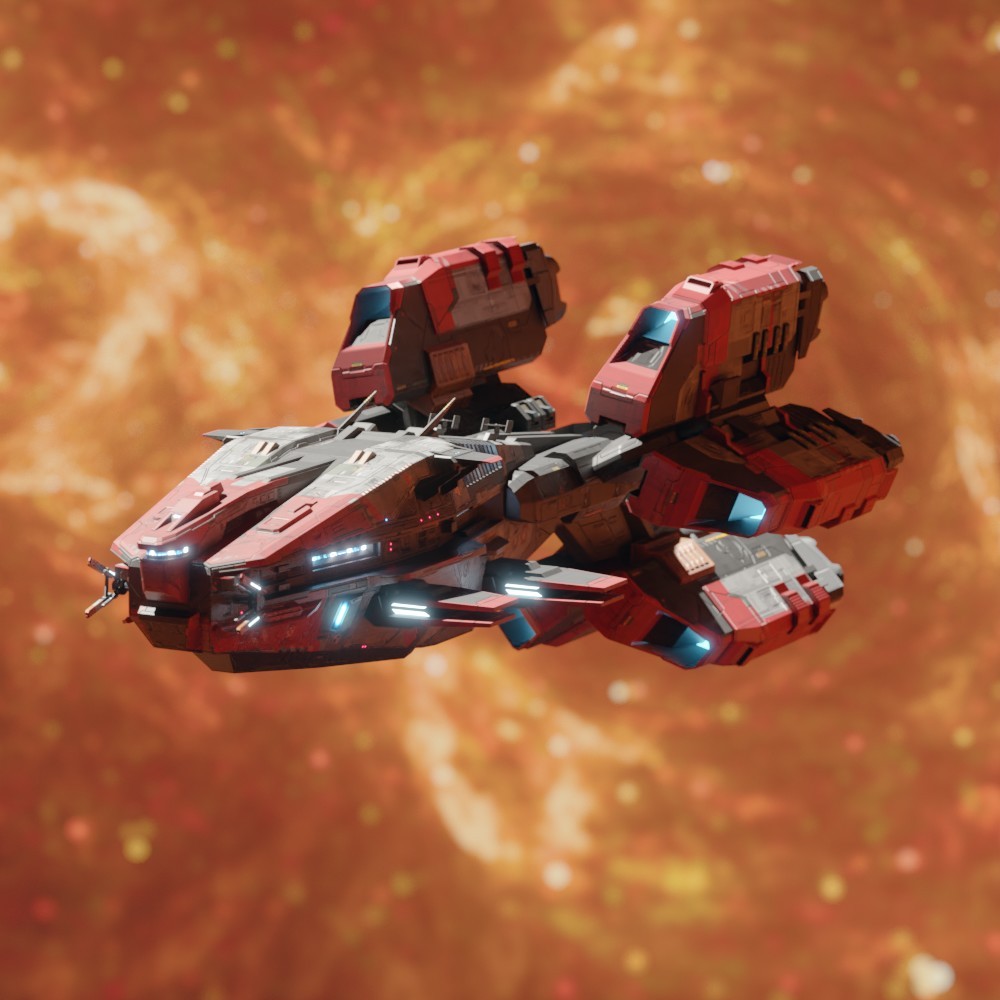 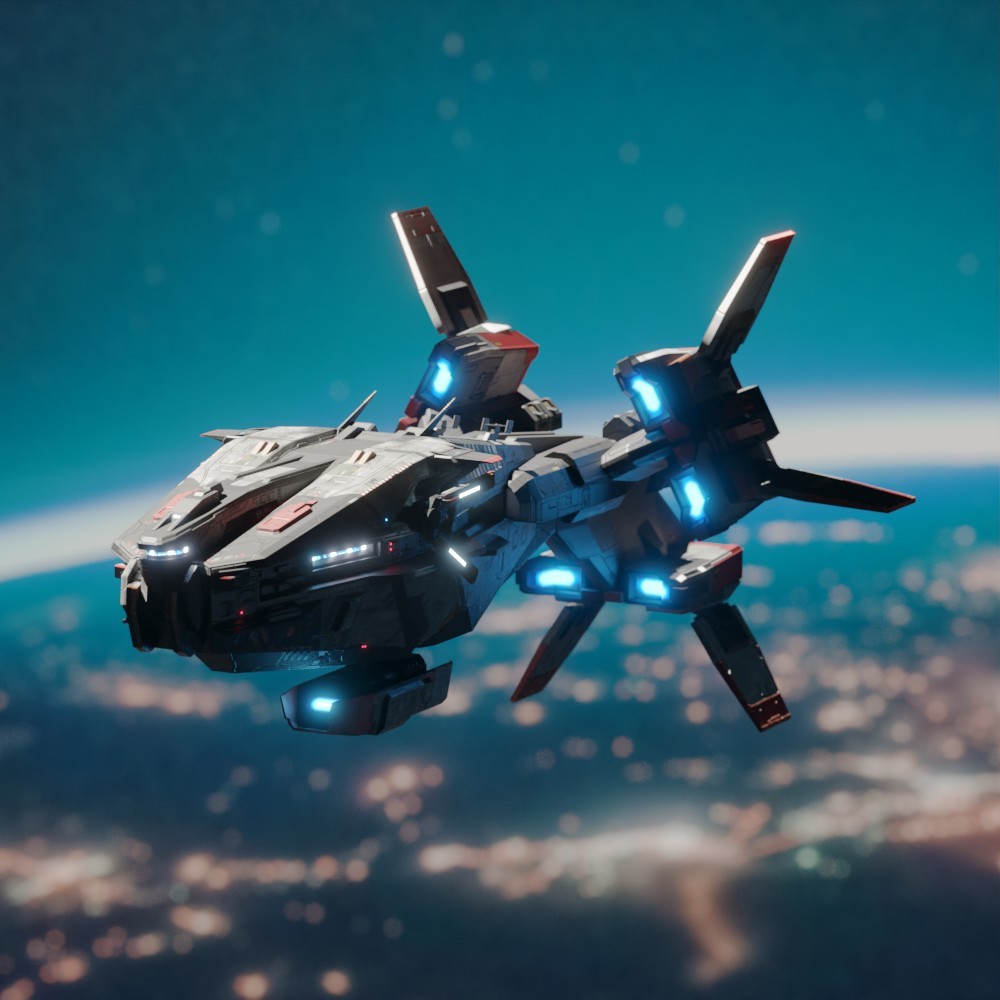 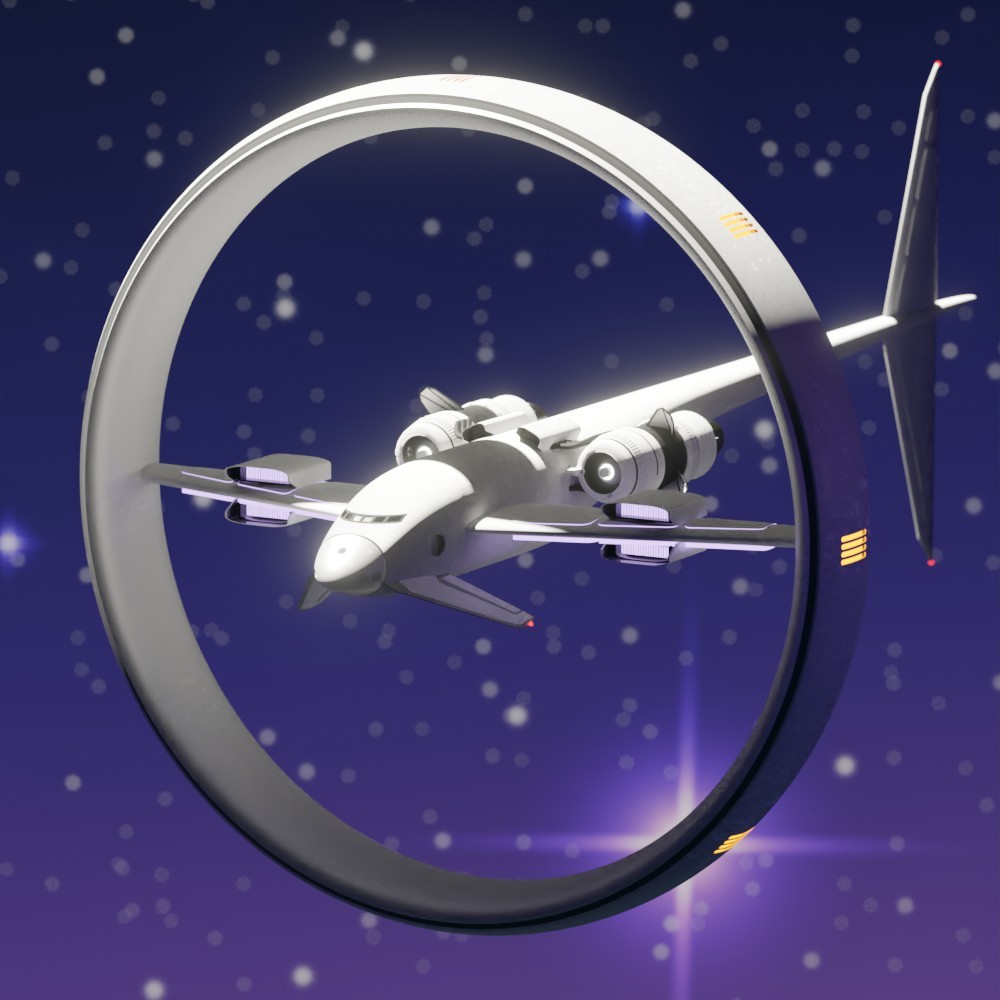 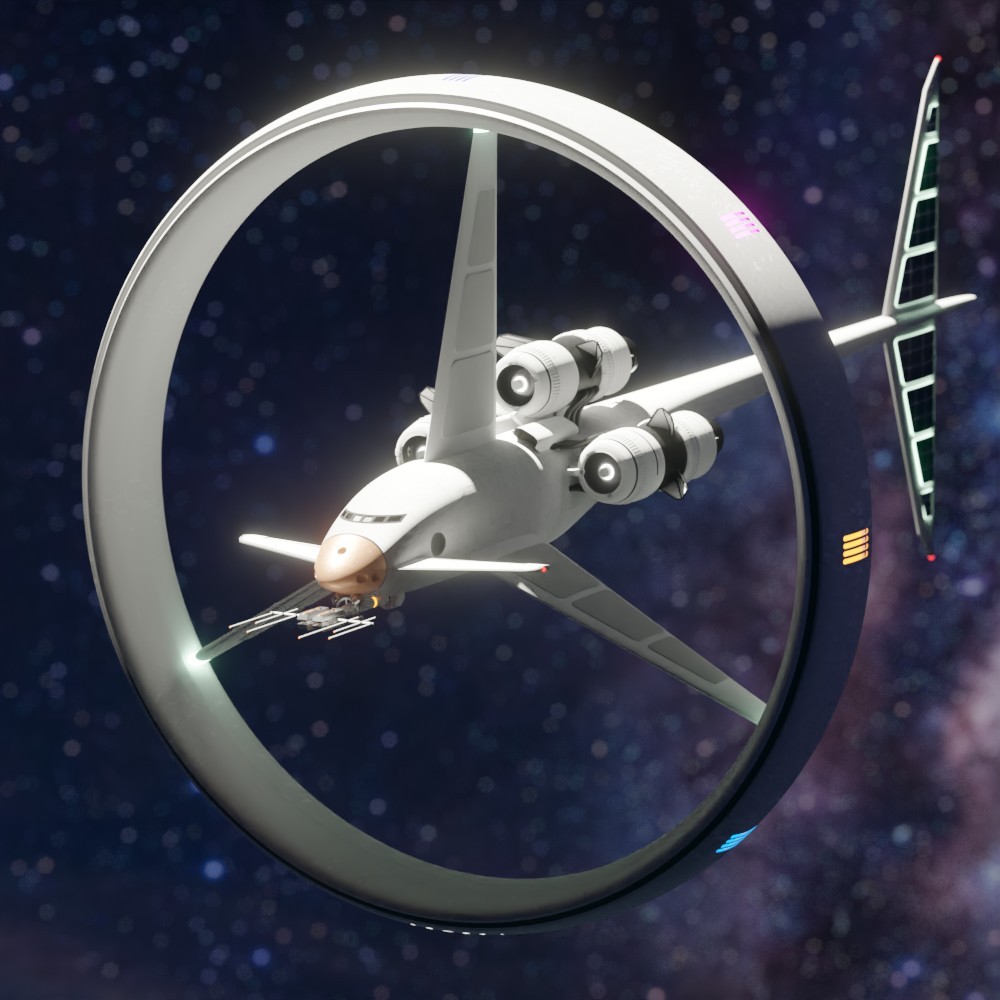 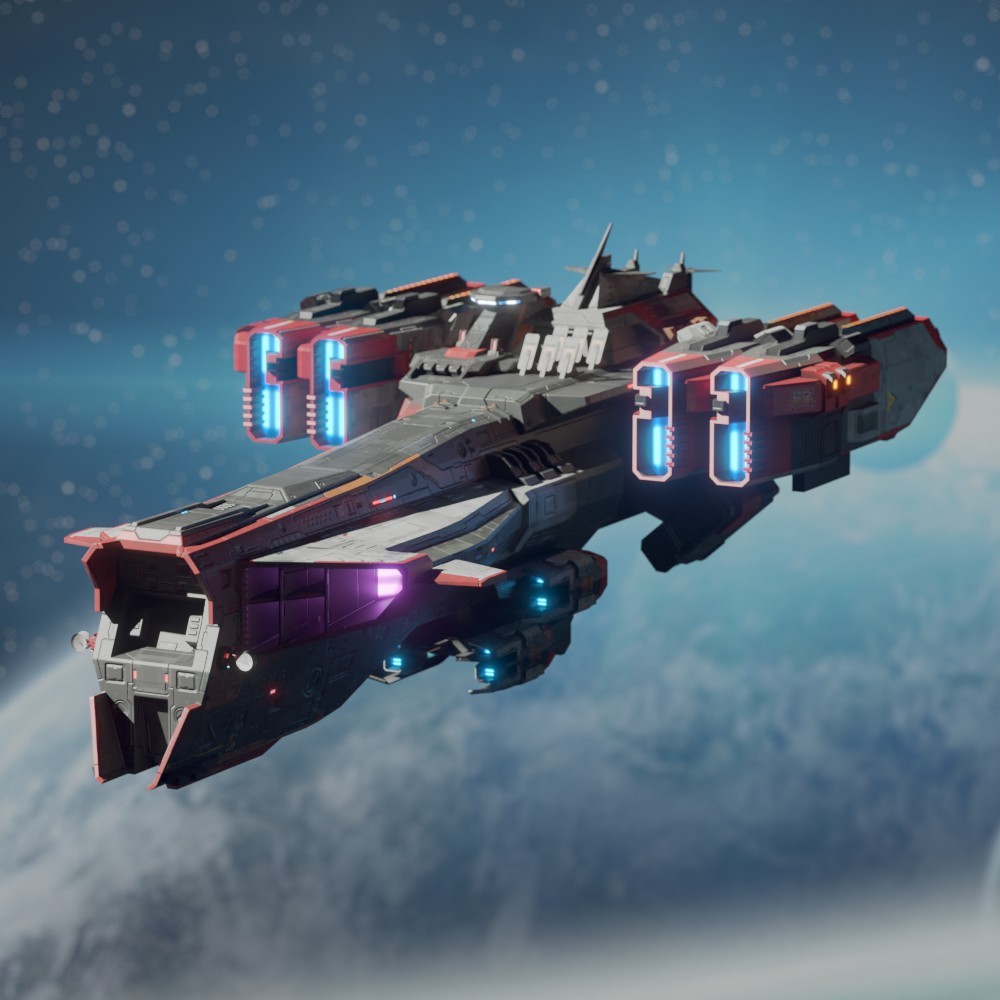 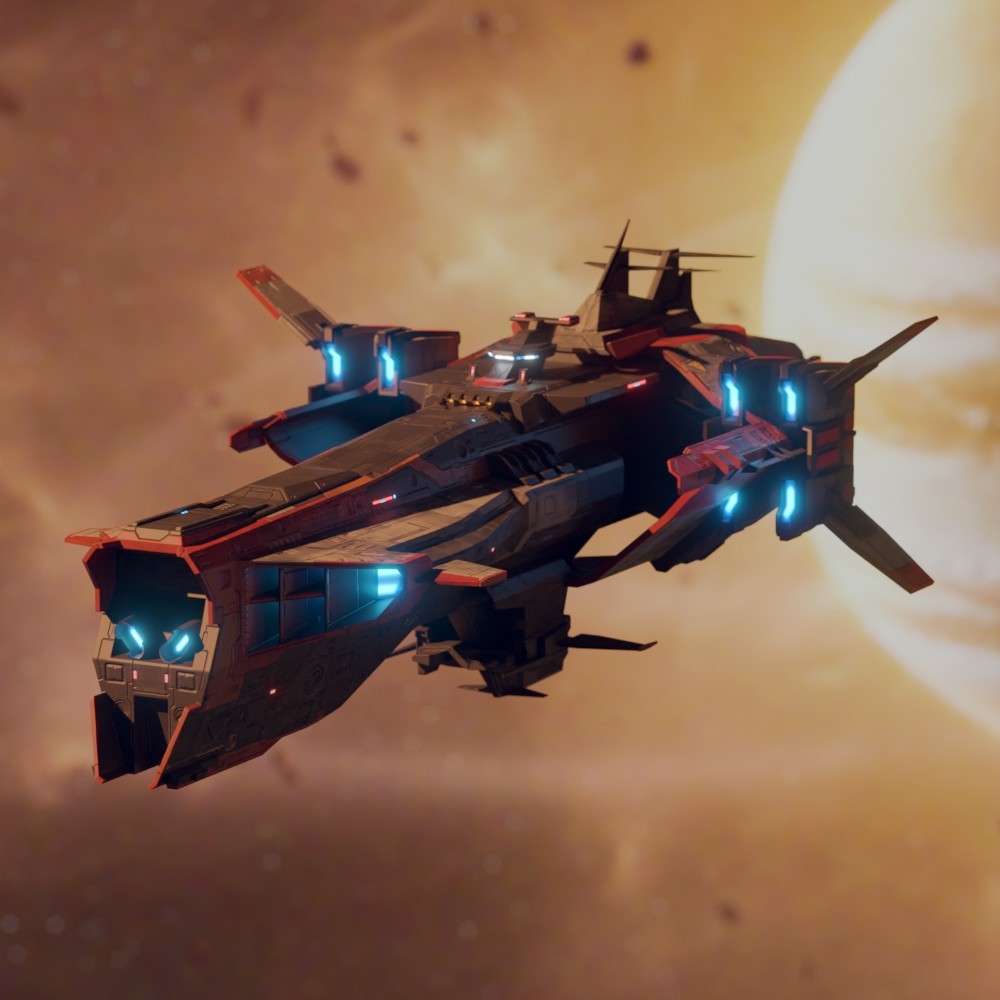 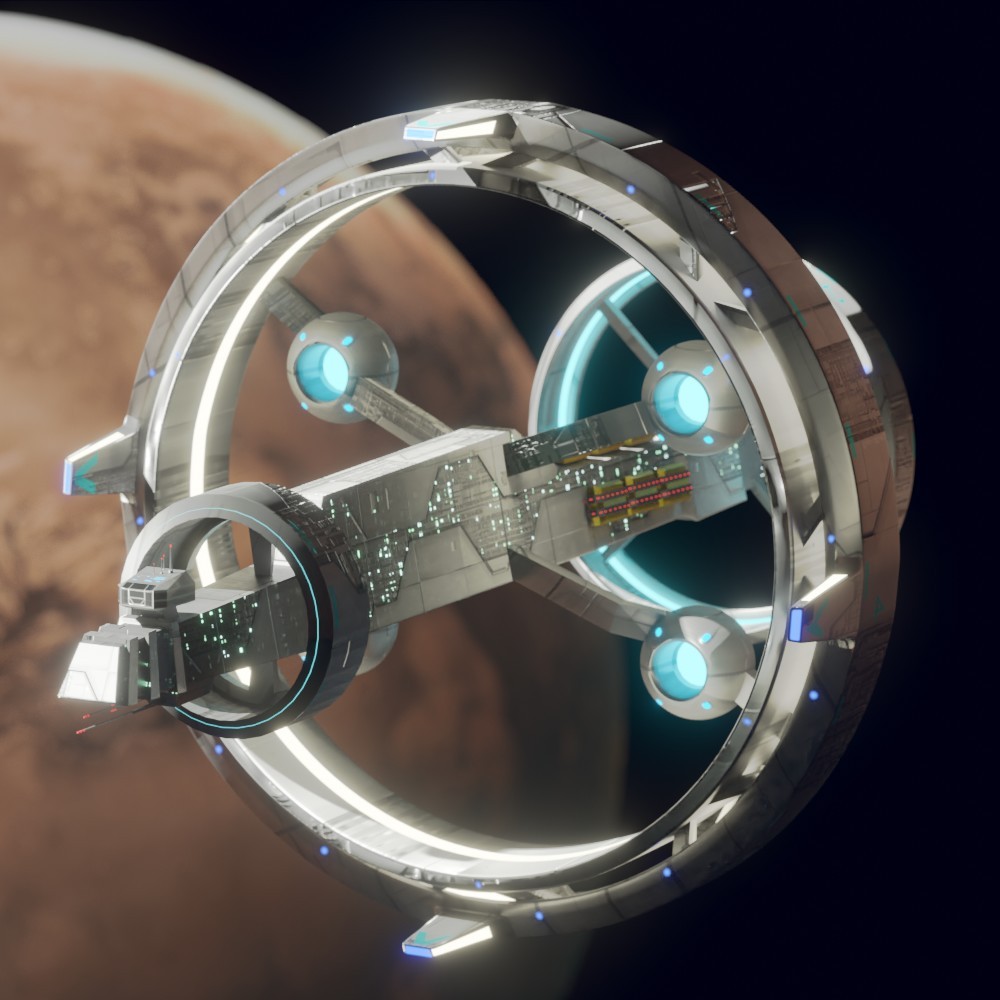 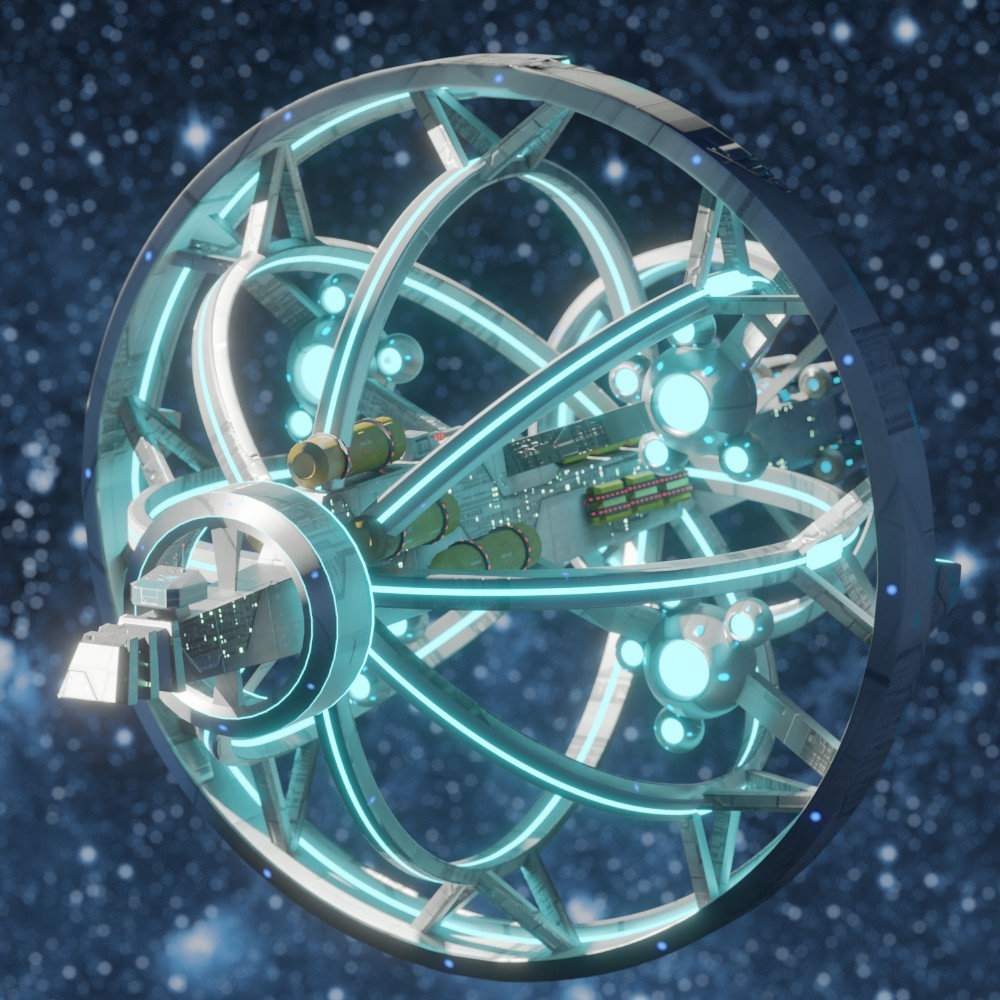 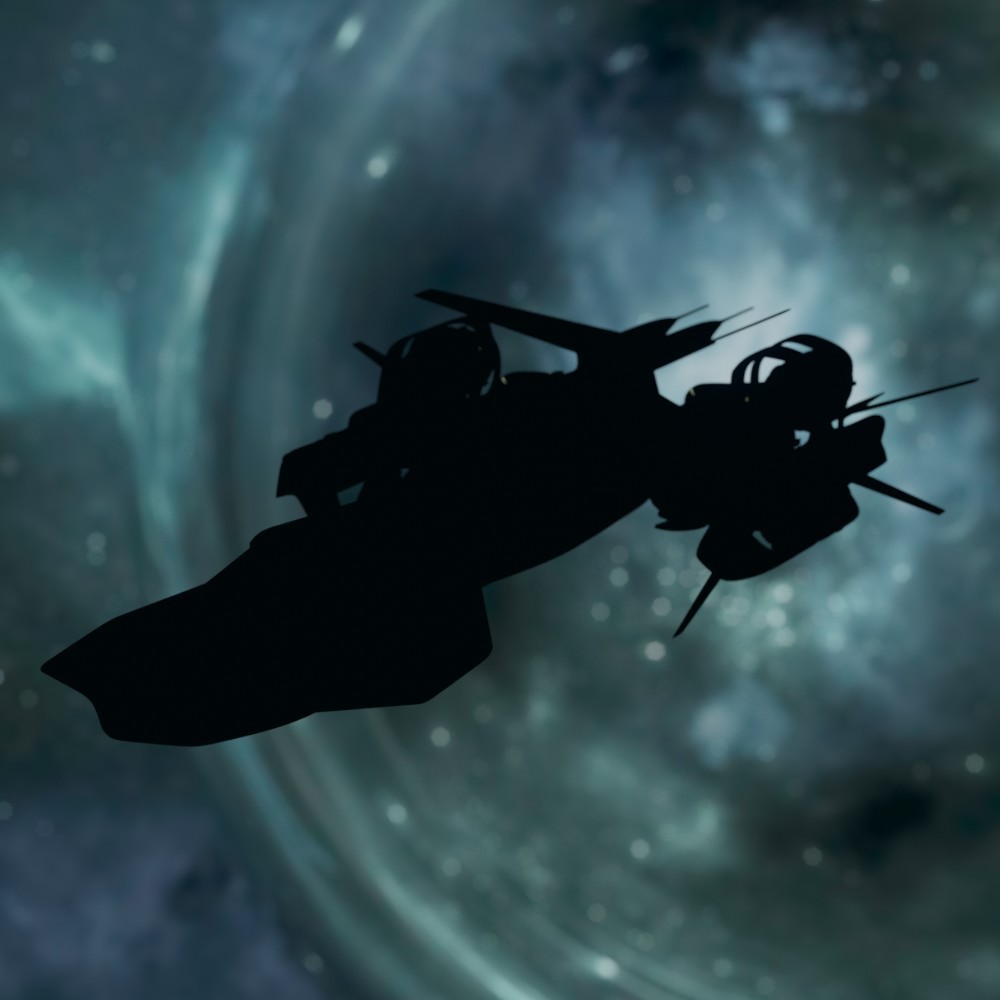 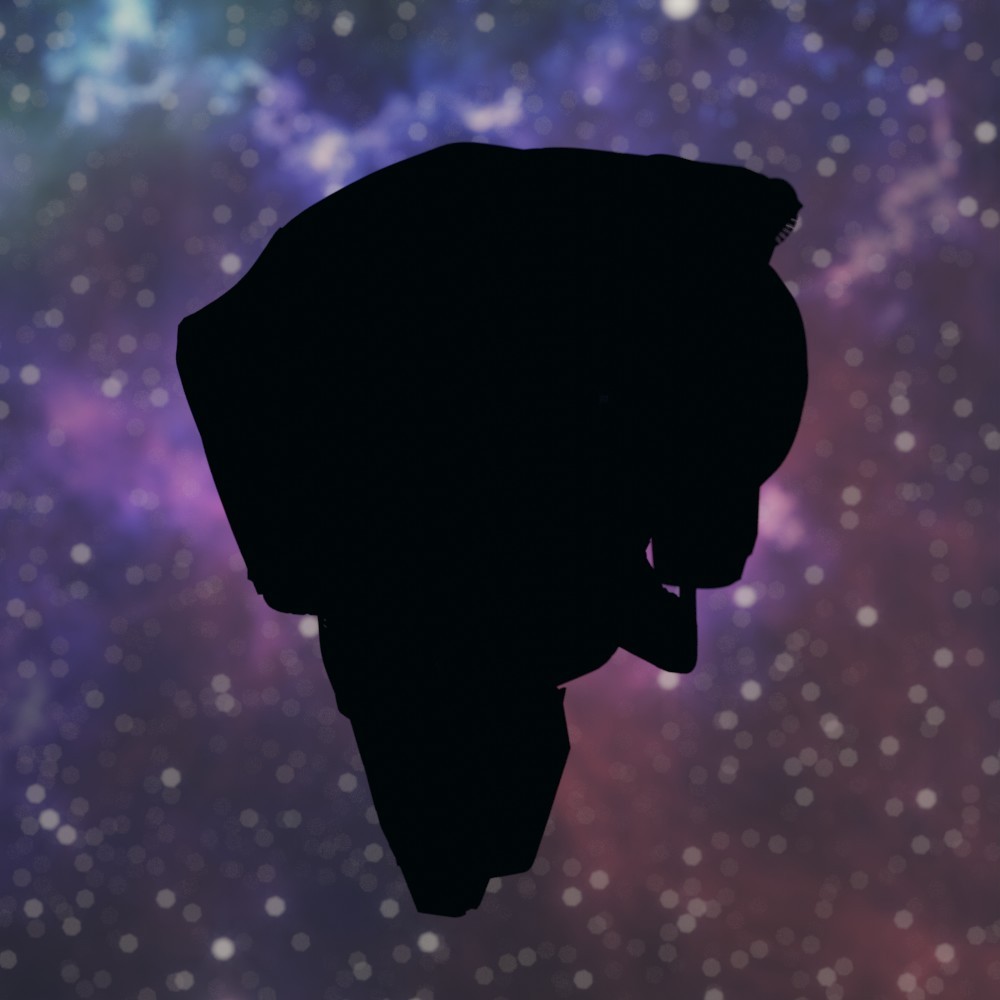 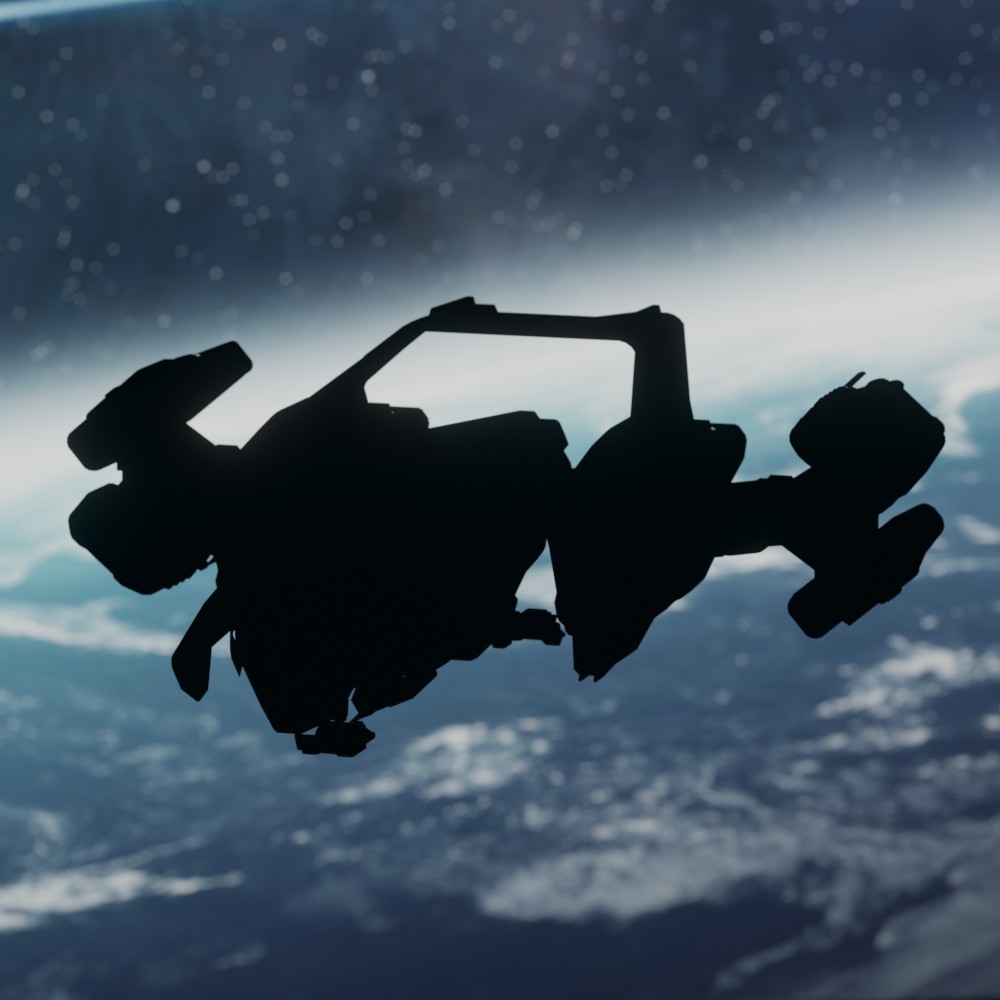 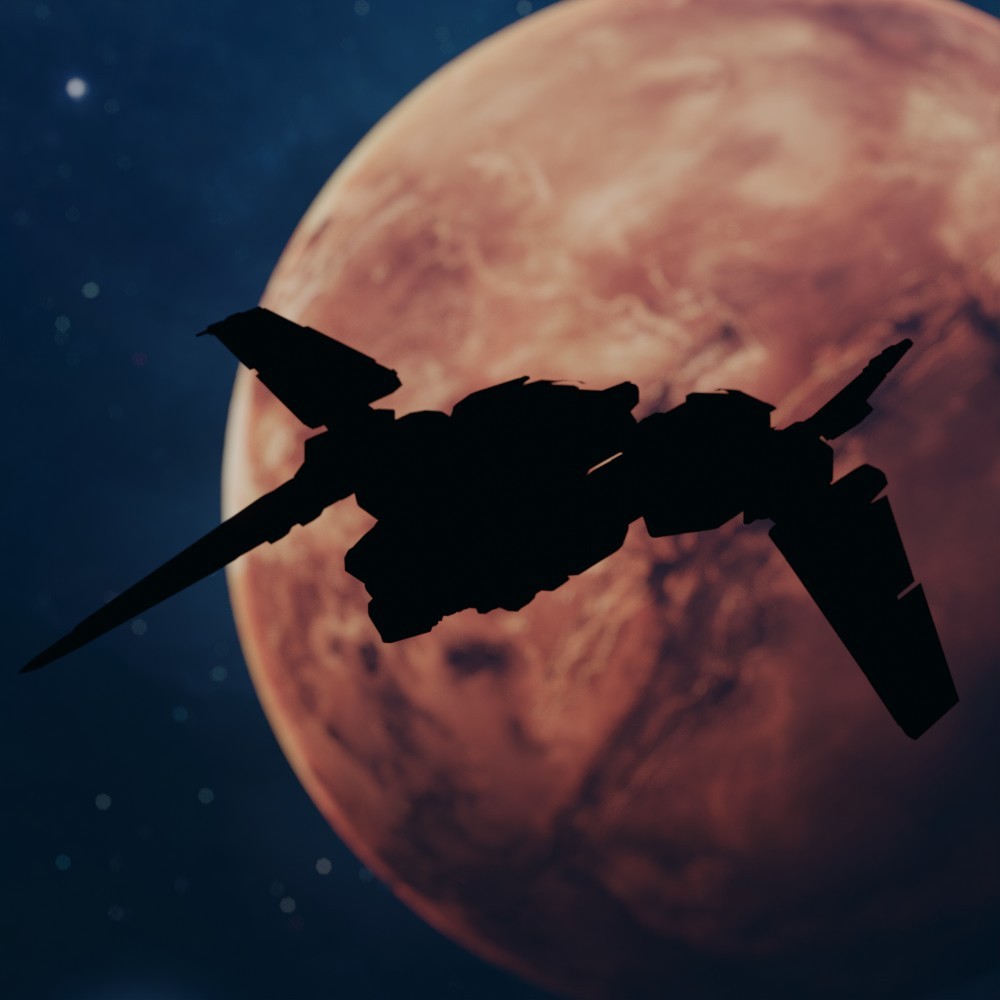 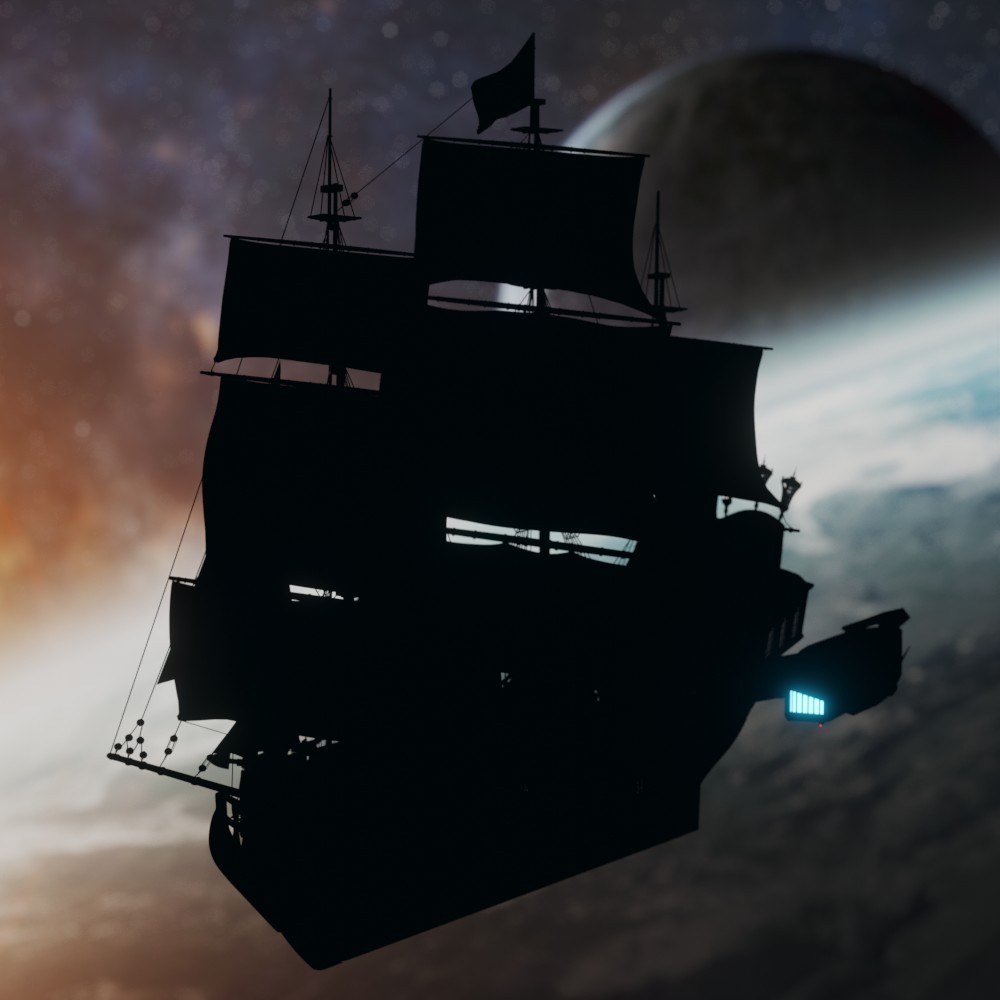 Designed by Hollywood VFX Legend callmejace, every starship is unique with their own rarity attributes!

Starships, and the starship parts that make them, are the most important commodity in WARP. Without starships, you will be stuck on Earth and the single staking pool it represents. Having a starship allows you to travel between multiple planets, letting you choose where you want to stake your WARP tokens and leaving the staking pool for planets where the APY is higher! 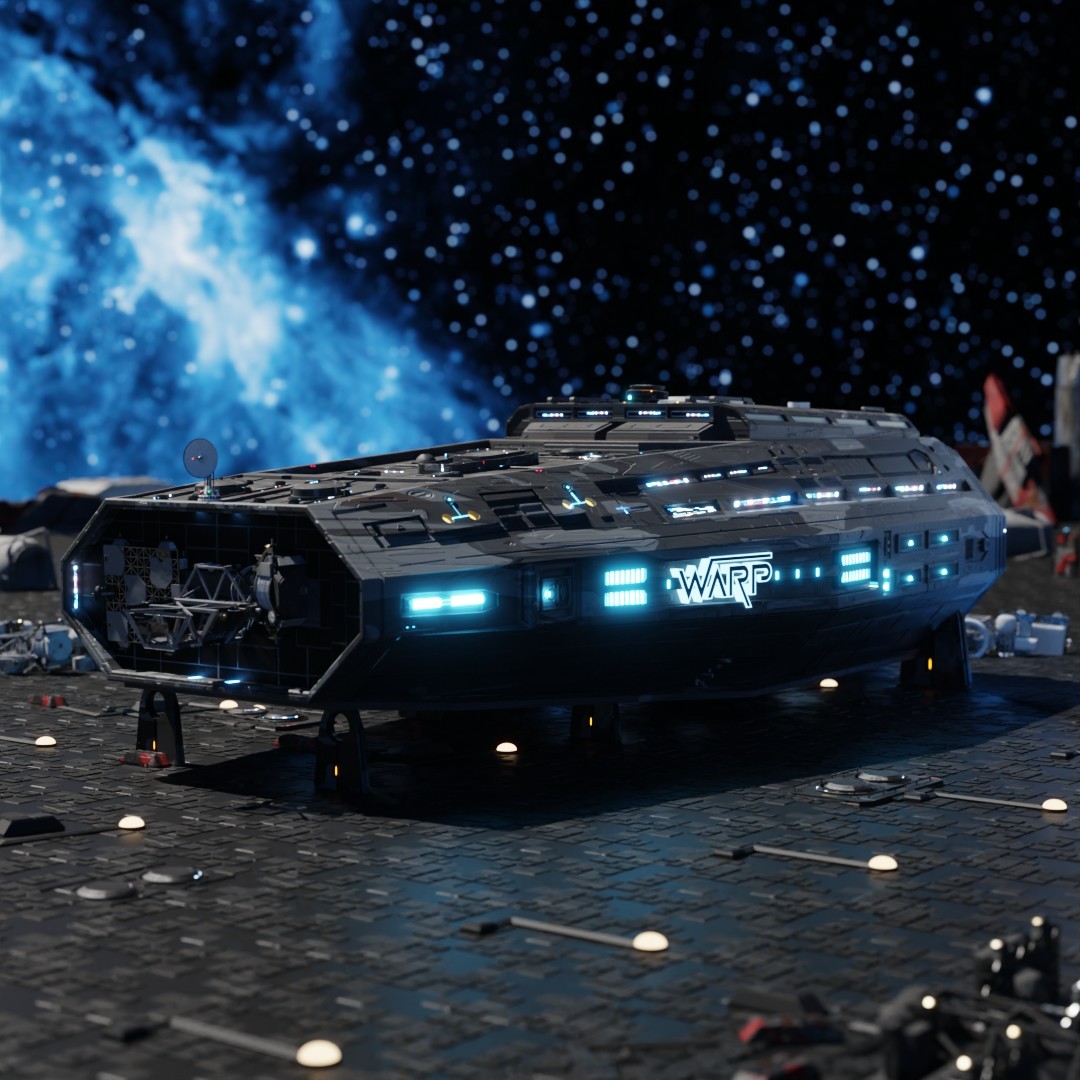 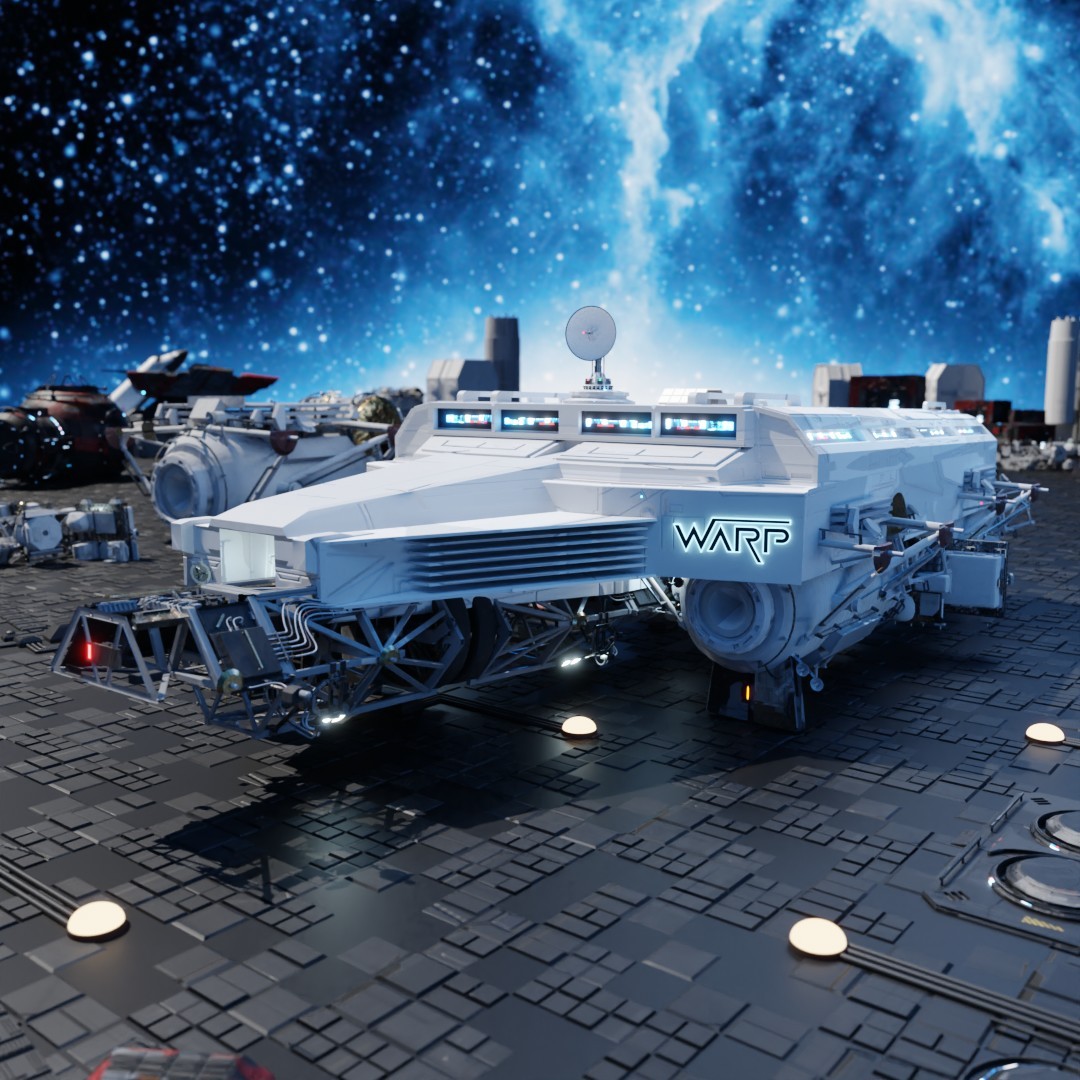 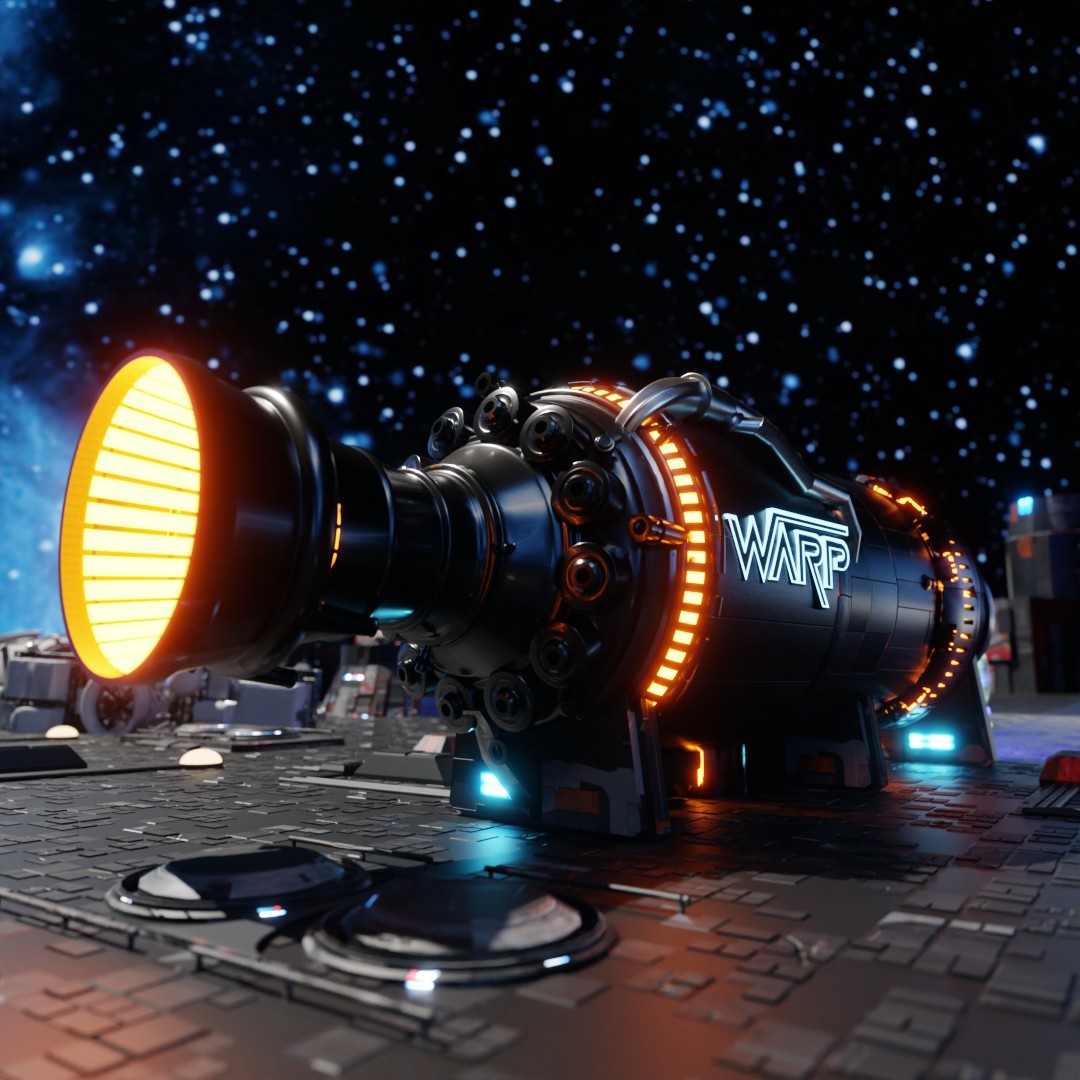 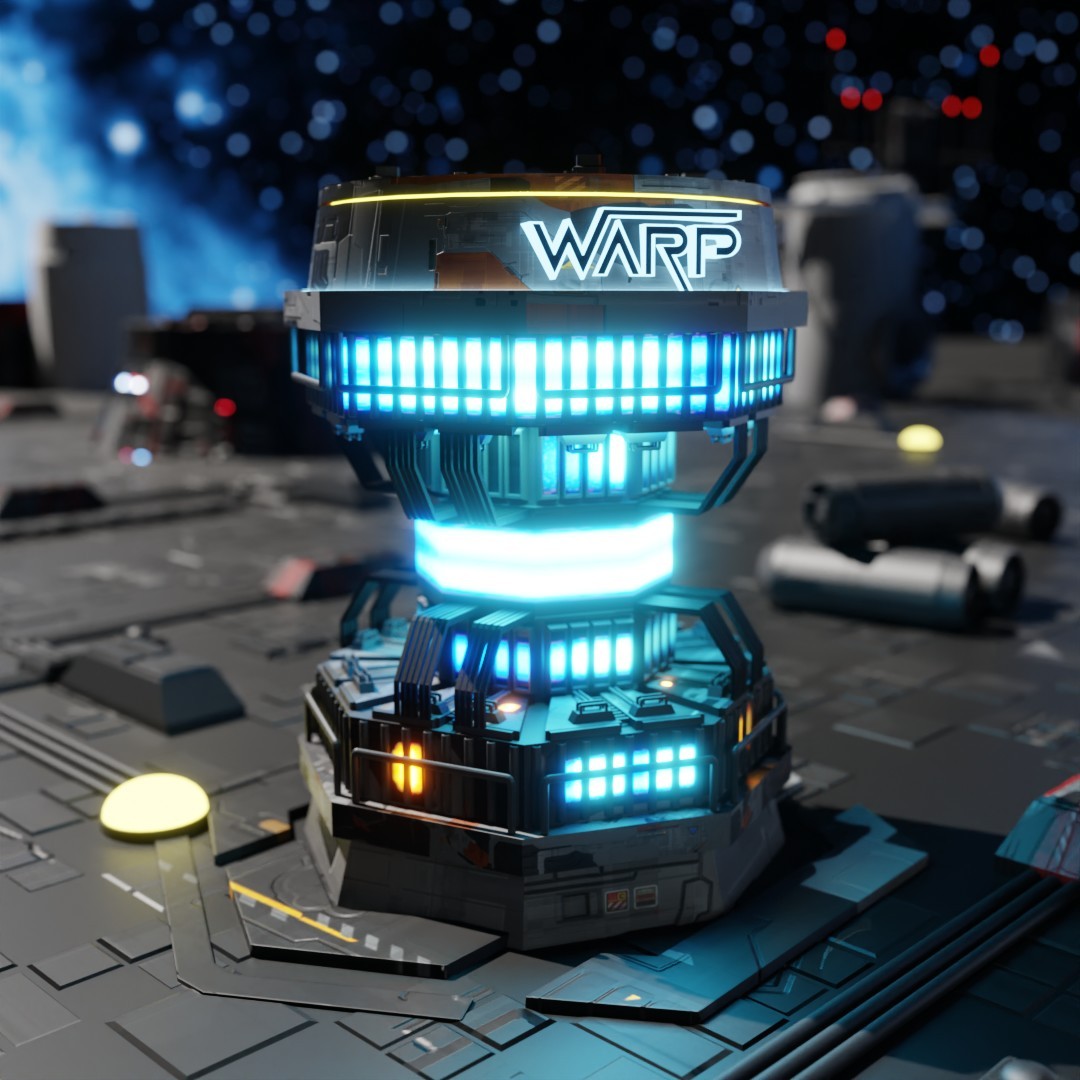 In WARP, starships are only earnable by bonding, and you must have a minimum of a $250 bond in order to receive an NFT starship part. With this Axion Launch, you can purchase a guaranteed starship part for $100, a total of $150 off the price at launch. Nowhere else except for Axion will you be able to buy a starship part directly.

Note that starship parts are randomized, so if you purchase 3 parts, you may have to buy/sell/trade for other parts to get a complete starship.

However, when you buy a starship part NFT through Axion, you'll be getting a discount, so selling your part to another Captain after launch will give you an immediate selling profit compared to market price!

Axion community members who have a Max Stake, an OG-5555 NFT & OG-POLYGON NFT will be qualified to receive all 4 parts. For these members, you will be guaranteed to not have a random selection of parts, instead you will be sent all 4 parts required to build a fully-fueled starship. This saves you $600 off the price of a WARP starship!

When you buy a WARP Starship Part NFT, you'll get a chance to win 1 of 10 unique Axion starships! 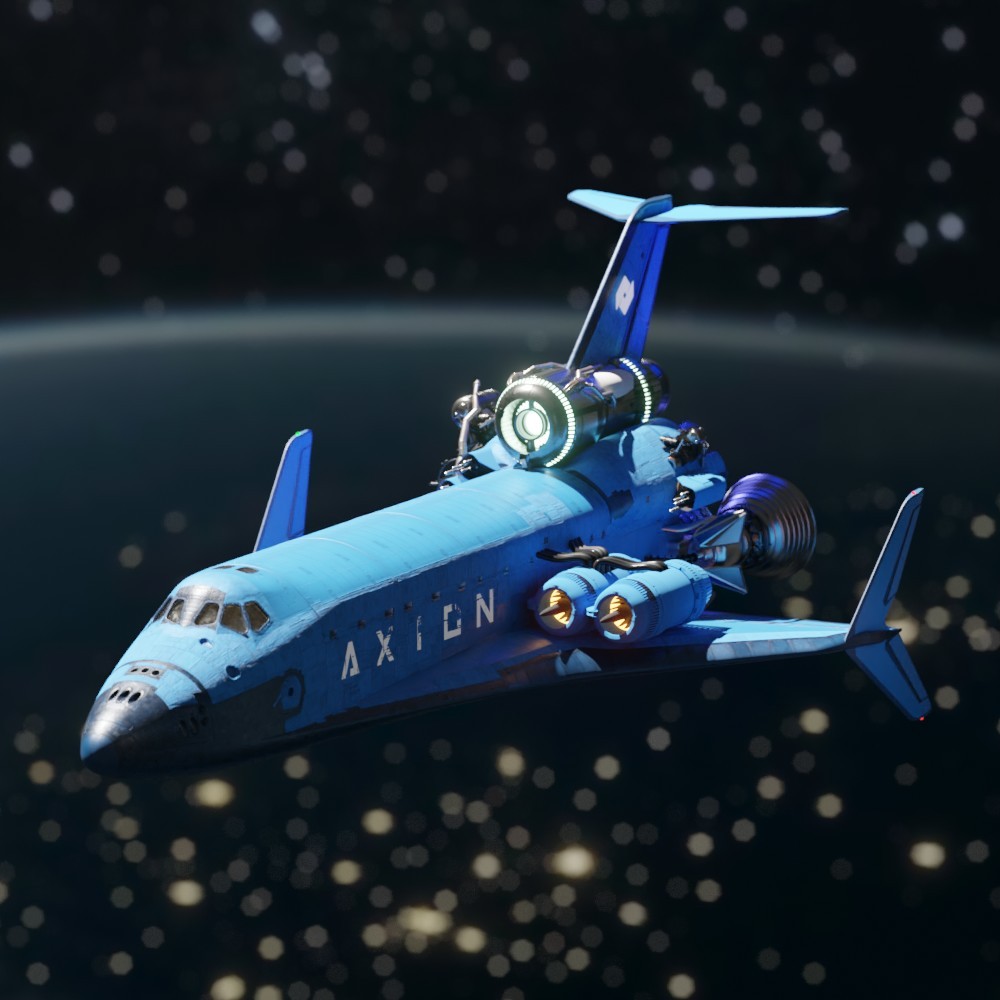 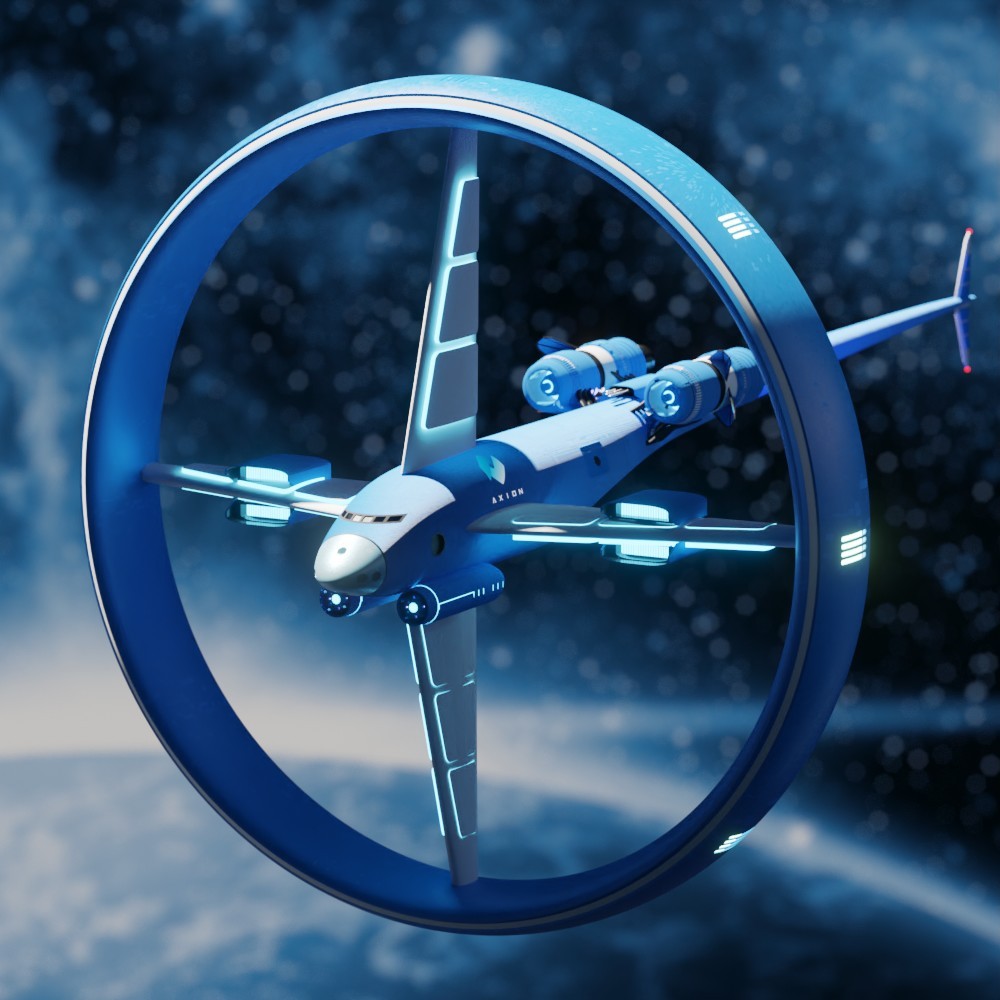 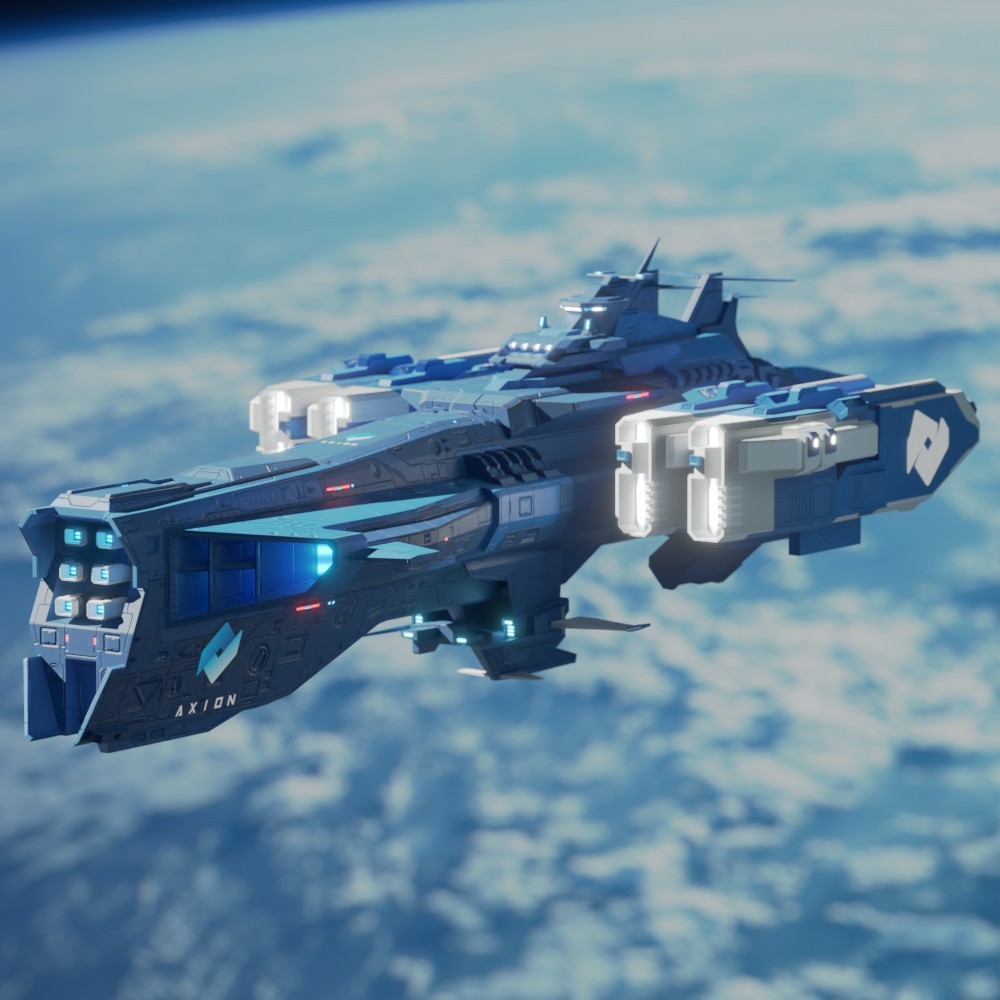 While everyone else is assembling starships to travel through the WARP metaverse, you'll already have your shiny blue 1/10 Axion starship ready to take to the next planet!

How do I participate in the launch?

This is an entirely optional launch offered to the Axion community. There are a total of 1,000 starship part NFTs available. Once they are sold out, they are gone!

Please make sure you understand the terms of this Launch before you apply.

On Monday, December 27th, 2021 at 2000UTC, the Axion Staking Portal will open for WARP NFT purchases. You must have the amount you wish to pledge in USDC available, ready to submit your transaction. You can pledge any amount up to the maximum allocation that you qualify for. Once you have submitted your USDC, your place is reserved, and you will see your pledge amount in the Launch section of the Staking Portal.

Once the 1,000 NFT allocation fills up, that's it! The Launch will be closed. So make sure you're ready to go with your USDC when the Launch goes live. No other token will be allowed in the Pledge Engine. 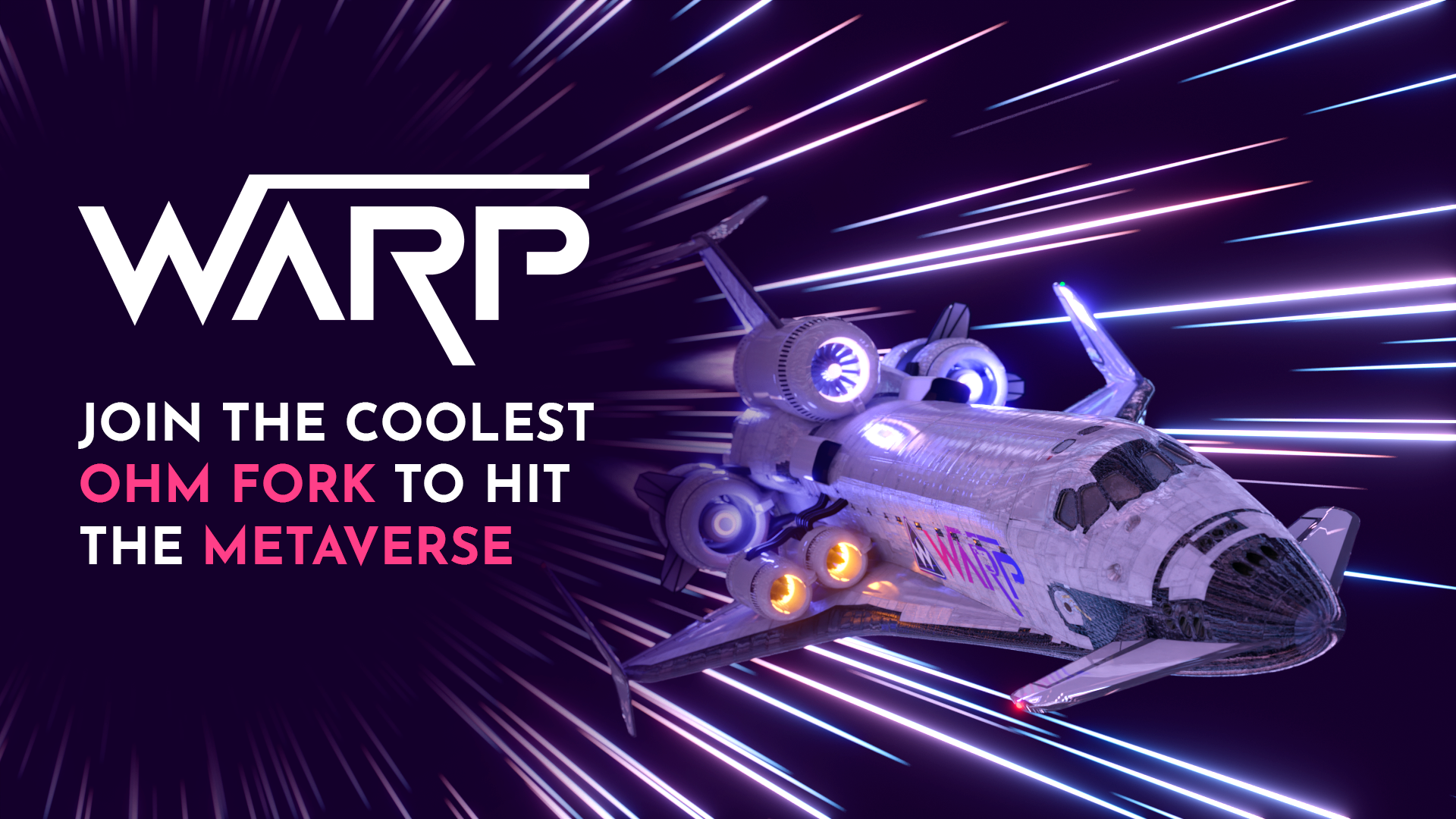 This is a tiered Axion Launch, meaning that different elements in our ecosystem contribute to the maximum allocation amount. Each different qualifier adds an extra amount to your total allocation. You can only pledge for the maximum allocation that you are eligible for using the Pledge Engine.  All pledge wallets must have one active stake containing at least 2M AXN for a minimum of 350 days to qualify for this launch. This does not need to be a new stake.

Every NFT purchase will enter you into the contest to win the custom Axion-branded starship! Only one winner per wallet address.

Requirements: Must have an active stake with at least 2M AXN staked at least 350 days.

Requirements: Must have an active stake with at least 2M AXN staked 5555 days.

Requirements: Must have the OG-POLYGON NFT in your wallet.

Requirements: Must have the OG-5555 NFT in your wallet.

For each qualifying allocation bonus, the maximum amount of NFTs you buy will increase. For example:

You cannot purchase more than the maximum amount allocated to your individual wallet address. If you pledge under the maximum amount of NFTs allowed for your wallet, and want to buy additional NFTs up to your total allocation, you can do so as long as the launch is still active and still has available NFTs to be bought.

2000UTC
(or when allocation is filled)

Within 48 hours after launch 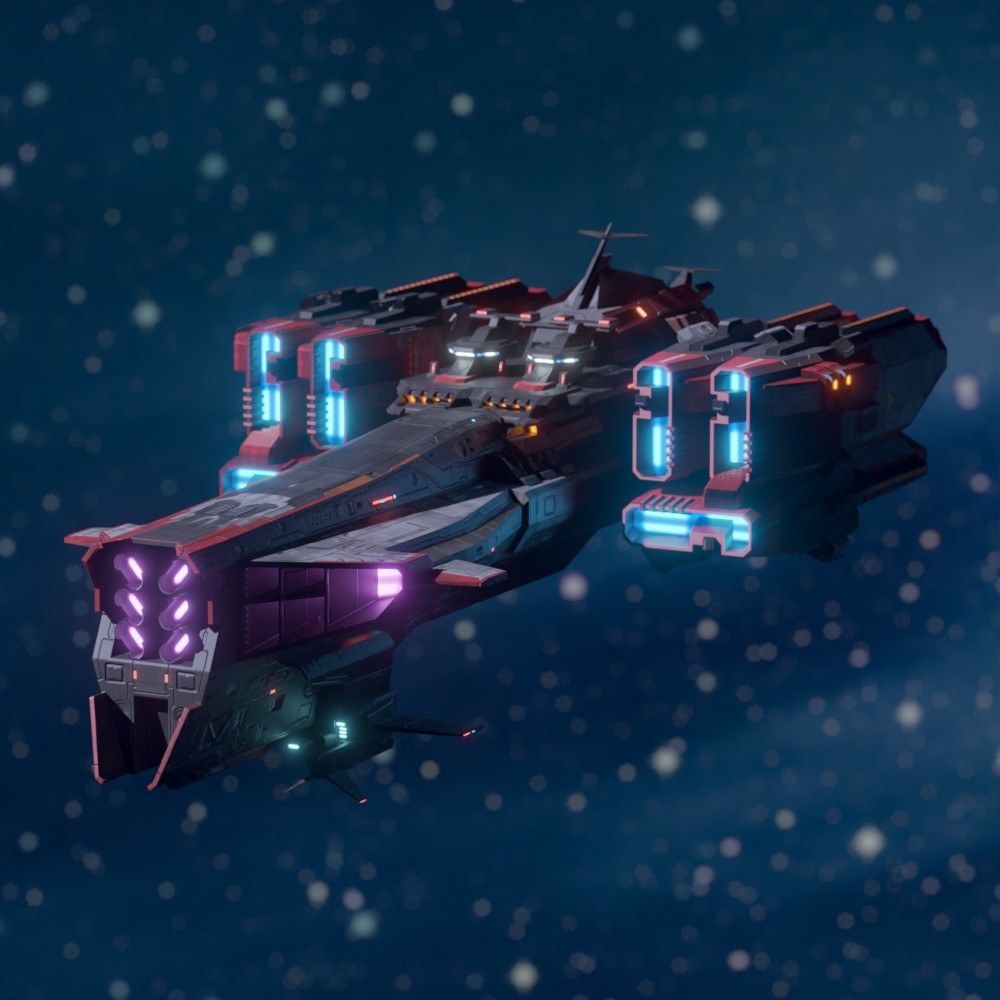 Not sure how to get qualified?

The above NFT Launch requires that you have purchased at least 2M AXN tokens and staked it for at least 350 days. If you do not currently qualify but want to get in on this exclusive Launch, there are two ways to do it:

You can either buy and stake AXN in a single transaction using the Axion Accelerator (which offers a bonus on your tokens), or you can take liquid AXN and stake it for 350 days or 5555 days, depending on the tier you'd like to qualify for.

Use the buttons below to learn how to buy AXN, and learn how to stake.  If you run into any problems, simply use our live chat service at the bottom right of this page where our 24/7 support team can assist you.

How to Buy Axion
How to Stake Axion